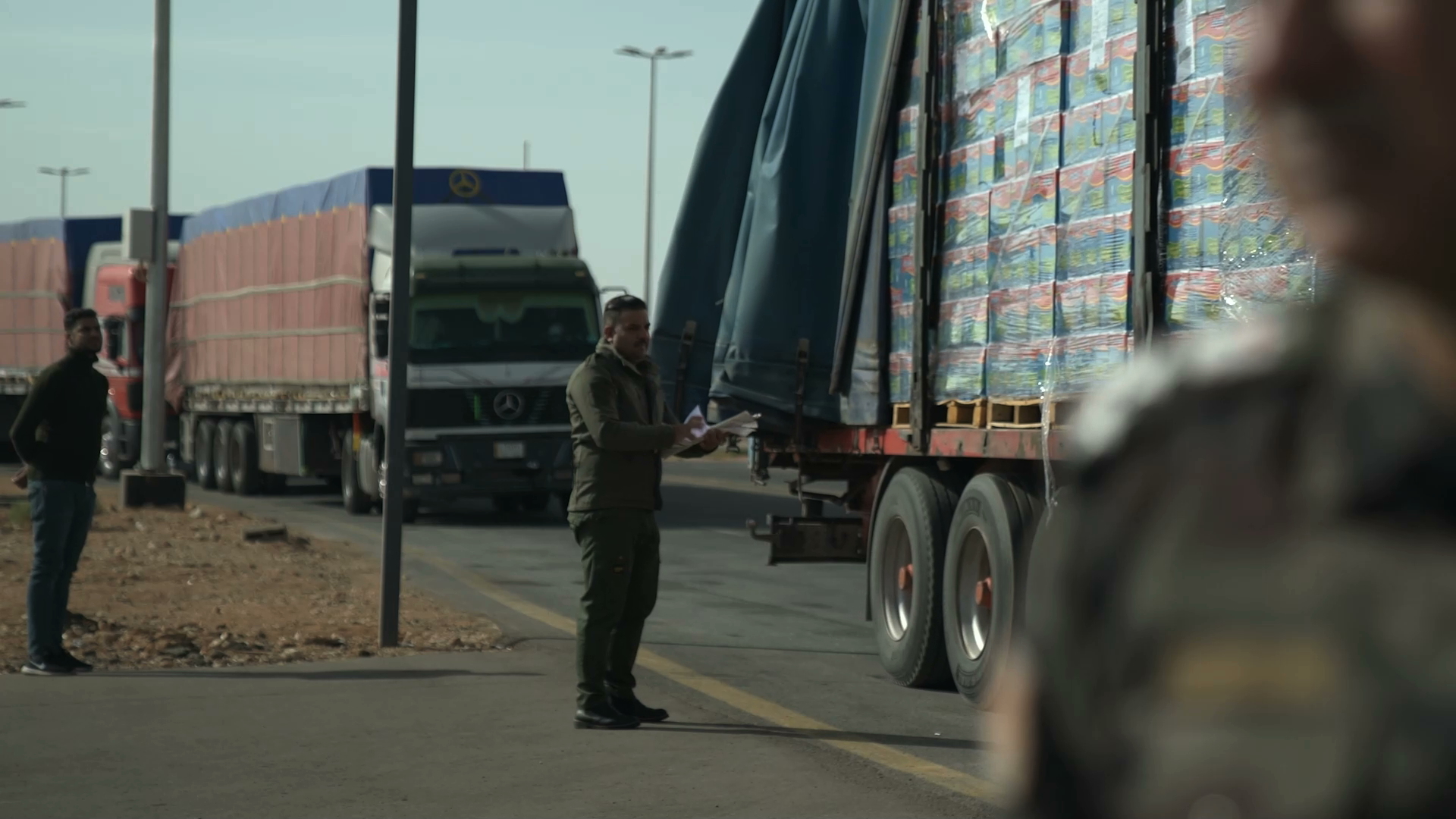 14 minutes. A report by Lucile Wassermann, with Séverine Bardon and Olivier Marzin.

When Saddam Hussein invaded Kuwait in 1990, Saudi Arabia closed the border and cut off all relations with Iraq. The Arar crossing would only reopen 30 years later, on November 18, 2020. This is currently the only crossing point on the 800-kilometre border between the two countries. Around 60 trucks arrive here every day.

But they cannot cross. Trucks from both countries are parked in a fenced yard. The goods are exchanged and then the drivers each go back the way they came. The men themselves are still not allowed to pass. Only the cargo will cross the border.

While imperfect, and sometimes frustrating, the opening of the Arar border crossing marks the beginning of a new era in relations between Iraq and Saudi Arabia. For cross-border populations, it brings new hope: Baghdad and Riyadh are now in talks about opening two additional crossing points.

Borders – French Guiana/Brazil: the Uncontrollable → ← The Philippines: breaking the silence